Quantum Brains Capital plans to target annualized returns of 30 to 70 per cent in the fund. By studying complex ecosystems, and how they evolve, the team has developed a sophisticated algorithm based on artificial intelligence to trade the financial markets. The core strength of Quantum Brains is designing complex systems using a framework of maths, physics and IT. Evolutionary theory is one of the methodologies used to decide what is reasonable to research and what isn't . The algorithm for high frequency trading has been so successful in recent times that last year Automated Intelligence systems won a competition hosted by Micex RTS (Moscow stock exchange) as the best trading strategy.

Gregory Fishman is a co-founder of Quantum Brains Capital and one of the managing partners of AIS, the independent scientific institute established in and composed of tip minds in mathematics, physics and IT. He has a long line of experience in Algorithmic Trading.

Arsen Yakovlev is a co-founder of Quantum Brains Capital and has been active in the asset management field from when he first started in 2004 as a portfolio asset manager.

The Investment Advisor ICONBITSOFTWARE OU intends to achieve objectives primarily by investing in equities, fixed income and other securities and their derivatives. It seeks to benefit from market inefficiencies and opportunities it believes create mispricing of securities, on both long and short side.

Units of the Quantum Brains sub-fund are available for trading on EXANTE's ATP as of today. 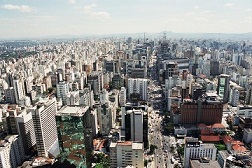