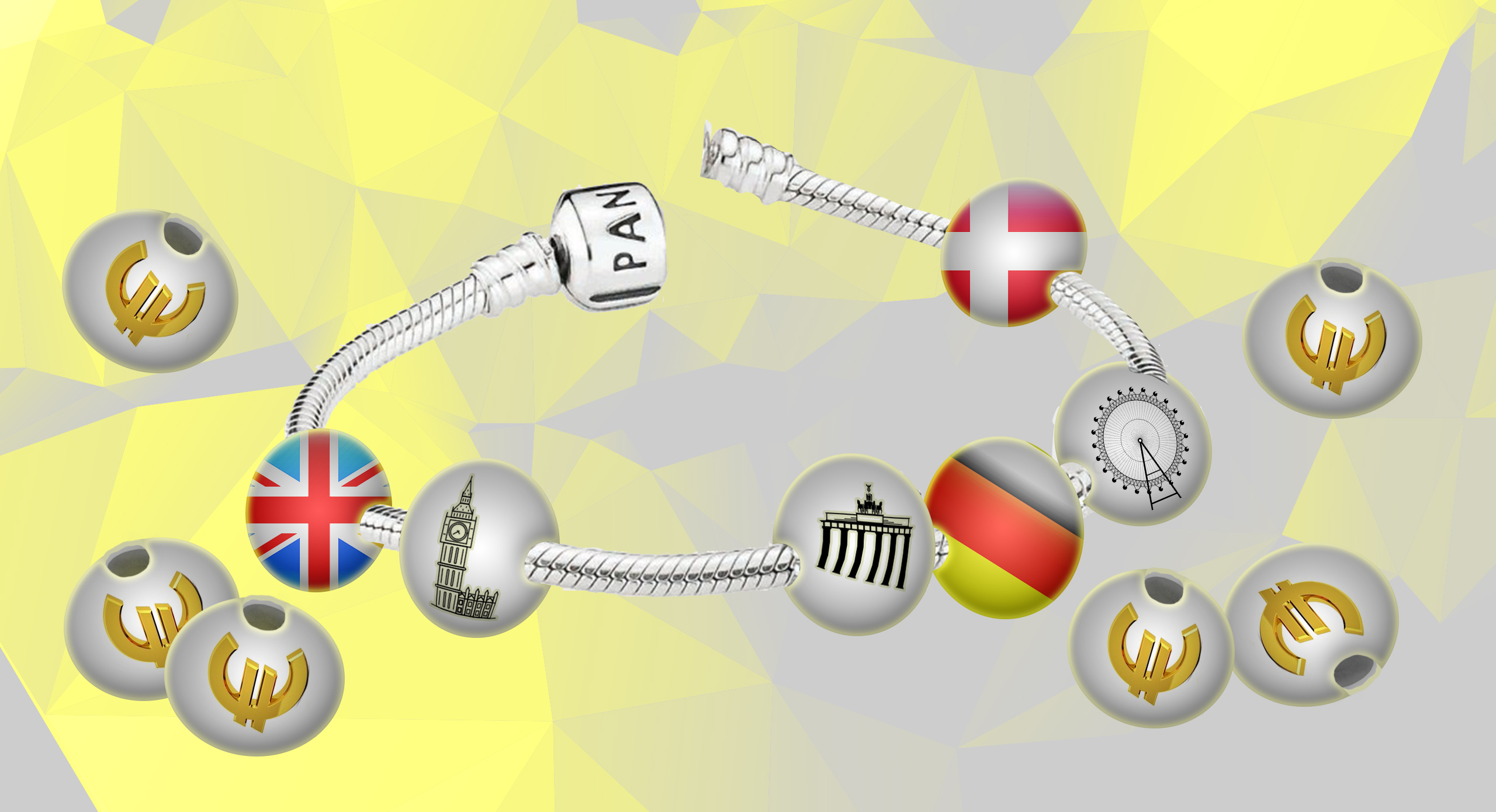 We continue our summer series of reviews on stocks that are still promising despite being down significantly over the past 6 months, and today we’ll focus on European companies.

In order to make this list, a company needed to have a market cap of at least €3B and a P/E ratio that is not less than 4 and not higher than 25. As a result, all stocks in today’s list are undervalued or moderately valued, but certainly profitable and, in some cases, offer great dividend payouts. So now might be the right moment to take a closer look at them.

The charts are shown in the exchanges’ respective currencies, while the companies’ market cap data are shown in EUR only.

The review is based on data from msn.com/en-us/money/stockscreener.

One of the world’s largest and most technologically advanced lighting manufacturers. The company, founded in 1906, used to be a subsidiary of Siemens until 2013 when it listed on the Frankfurt Stock Exchange. The "Osram" name is derived from elements osmium and wolfram (an alternative name for tungsten) which were commonly used for lighting filaments. Nowadays, the company operates 48 factories in 17 countries.

Chart. In 2013–2017, OSR share price trend has been unstable but nevertheless positive. Alas, in 2018 the shares fell in price sharply, and the decline doesn’t seem to be over yet.

Pros. Good dividend yield, high probability of a recovery after a sharp decline.

A commercial property investor and developer primarily focused on retail, office, industrial, and corporate real estate. Despite being headquartered in the U.K., the company mainly operates in the Central and Eastern Europe markets, with a dominant position in Romania, Poland and Slovakia and strong presence in Croatia, Bulgaria, Hungary, the Czech Republic, Serbia, and Lithuania. Only a few of its office buildings are located in the United Kingdom, while most of its industrial properties are concentrated in Romania.

Chart. NRP share price hit a new high in early 2018, falling almost twofold shortly after. Still, both technical indicators and low P/E suggest the stock might have bottomed out already.

A software manufacturer, founded in 1976. In 1981, it became the first company to win the Queen’s Award for Industry purely for the development of a software product, which was an implementation of the COBOL language for microcomputers. Over the last 20 years, the company acquired many other well-known businesses in the sector, including Novell, SuSe Linux, Borland, and others. In 2017, Micro Focus merged with Hewlett Packard Enterprise’s software business segment, becoming one of the world’s largest software developers. The company sells its products to over 40,000 businesses worldwide, including data centers and other companies requiring complex IT infrastructure.

Chart. The stock has long been on a clear positive share price trend, hitting an all-time high in 2017, but then in 2018 the share price fell sharply, almost to levels of 2015.

Cons. Highest P/E ratio in this review, indicating that the share price can decline further.

An industrial tool manufacturer, founded in 1966. the company is primarily engaged in the production of water and fluid controls used in the energy, food & beverage and manufacturing industries, as well as pumps and other products for wastewater processing.

Chart. For years, XETRA shares have been traded in a tight range between 40 and 60 EUR a share, but recently the stock fell below the support level and is currently traded at long-time lows.

The company, founded in 1982, designs, manufactures and markets contemporary jewelry, including diamonds, gemstones, cultured pearls, man-made stones, silver and gold and other materials. Being headquartered in Copenhagen, the company has recently transferred the bulk of production to Thailand. At the moment, Pandora products are sold in more than 100 countries on six continents through approximately 7,700 points of sale, including approximately 2,200 concept stores.

Cons. Technical indicators suggest that the stock hasn’t bottomed yet.

The largest German airline and the largest air carrier in Europe in terms of fleet size, Lufthansa traces its history to 1926 when Deutsche Luft Hansa A.G. was formed in Berlin. The initial fleet, consisting of 162 aircraft, operated until 1945 when all services were suspended following the defeat of Nazi Germany. The company was re-founded in the 1950s in Cologne. By 1960, Lufthansa had upgraded almost its entire fleet to jetliners. The airline remained a state-owned enterprise until 1994, although its shares have been publicly traded on all German stock exchanges since 1966. Today, the company operates a fleet of 620 aircraft connecting 78 countries, with its annual passenger traffic being over 100 million people.

Chart. As Deutsche Lufthansa has been on the market for quite some time, the chart only shows 5 years worth of data. The stock has long been traded in a tight range, mostly between 10 and 20 EUR a share, but in 2017 it soared to an all-time high of 31 EUR. Shortly after, the share price retracted to 19 EUR. Still, the current P/E ratio of 4 suggests the stock is undervalued and is likely to recover soon.

Pros. Very low P/E ratio, suggesting that the stock is undervalued and might be currently nearing the bottom.

Cons. Technical indicators suggest that the stock hasn’t bottomed yet.

A global diversified retail and wholesale group established in 1964 as Metro Cash & Carry. In 1968, the company merged with Dutch retailer Steenkolen Hendelsvereniging, expanding its activities to Portugal, Turkey, and Morocco, as well as to Eastern Europe. In July 1996, Metro Cash & Carry merged with German companies Kaufhof Holding AG and AskoDeutscheKaufhaus AG, forming Metro Group. As of 2010, it was the world’s fourth-largest retailer in terms of revenue. Currently, the company operates 2,200 stores in 31 countries, from the EU states to Russia and on to India, China, and Japan.

Chart. Despite its age, no market data on the stock are available before 2017, when its share price was relatively flat. However, the price declined significantly in 2018. 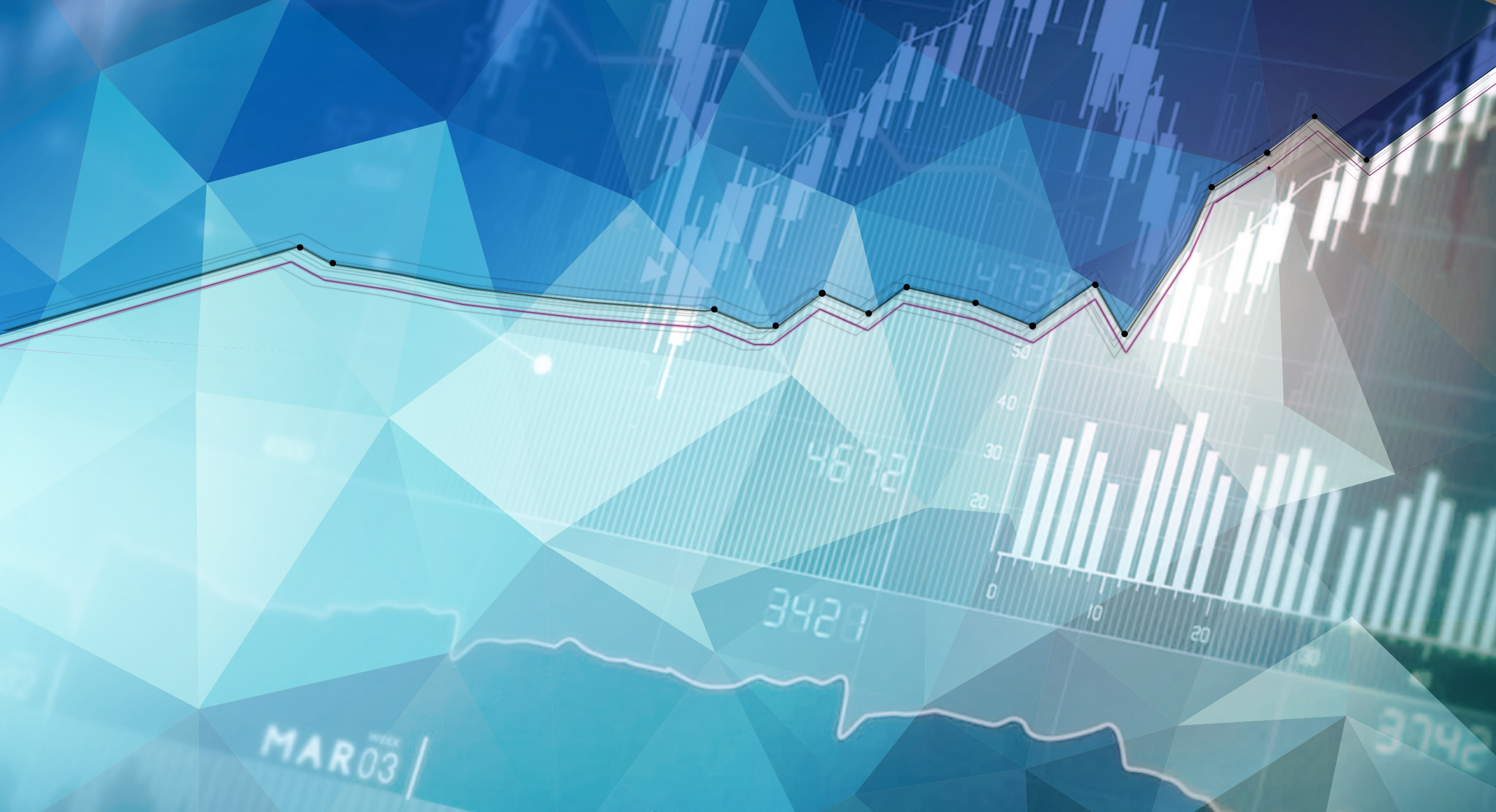 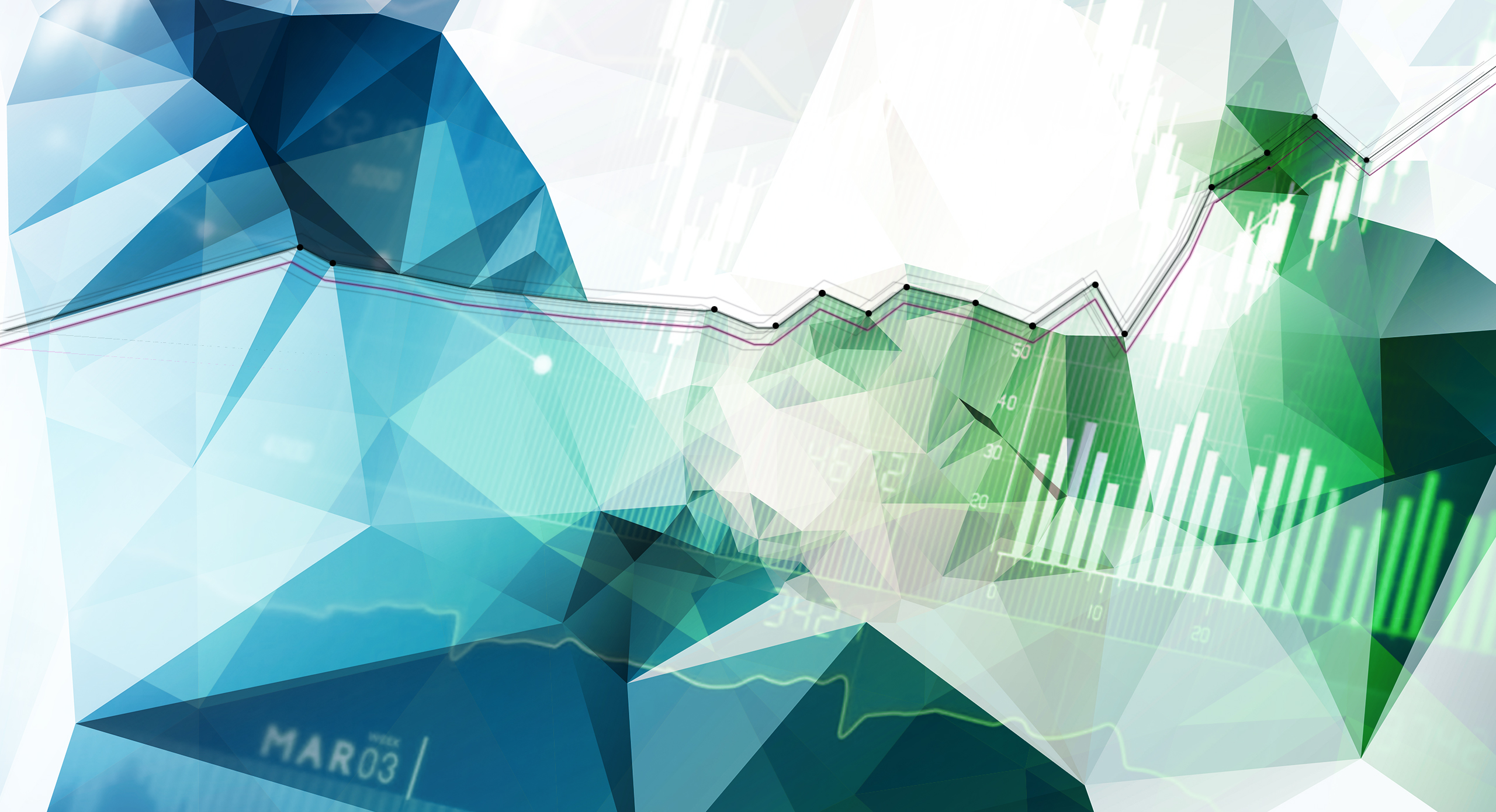 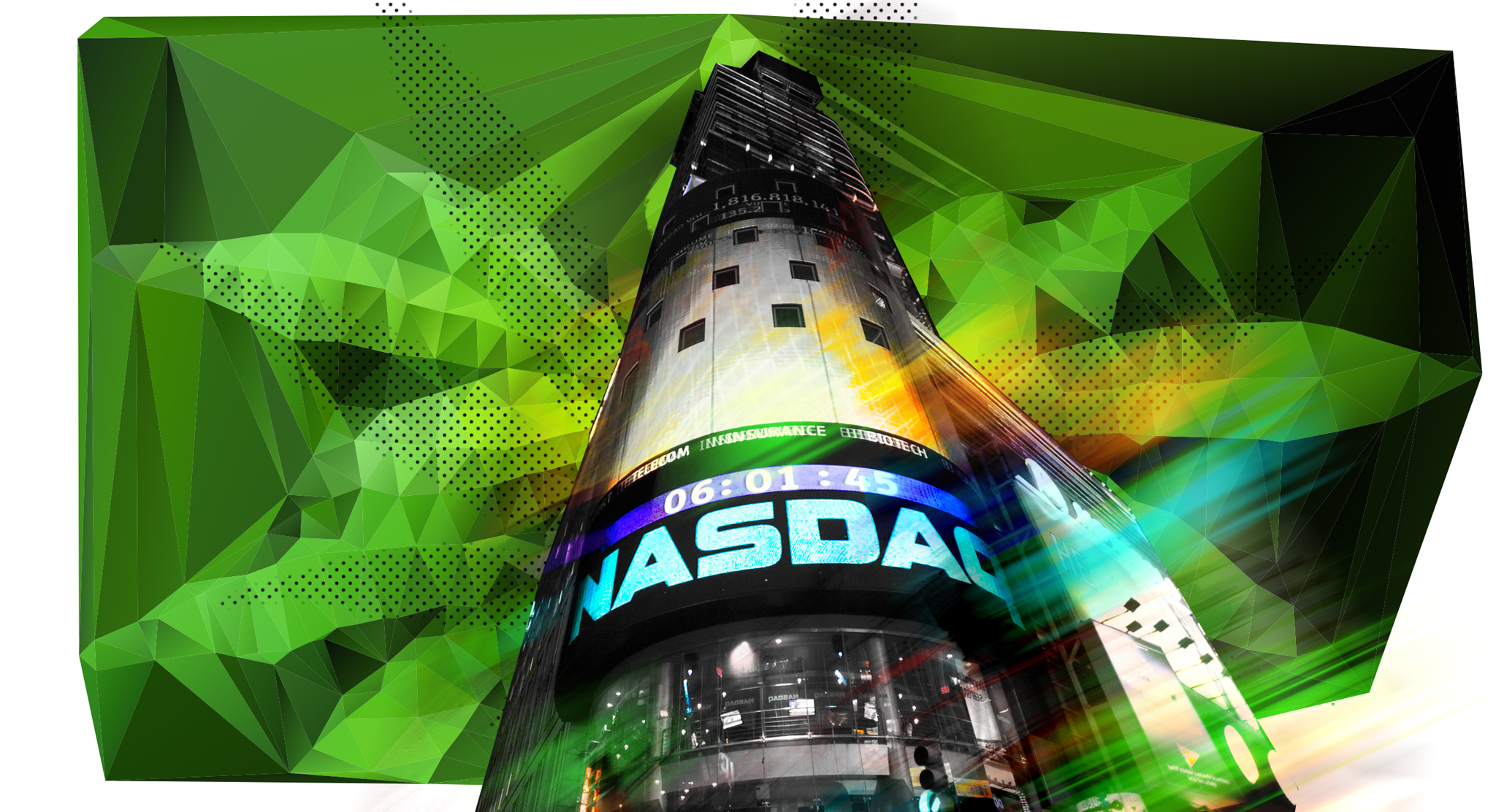