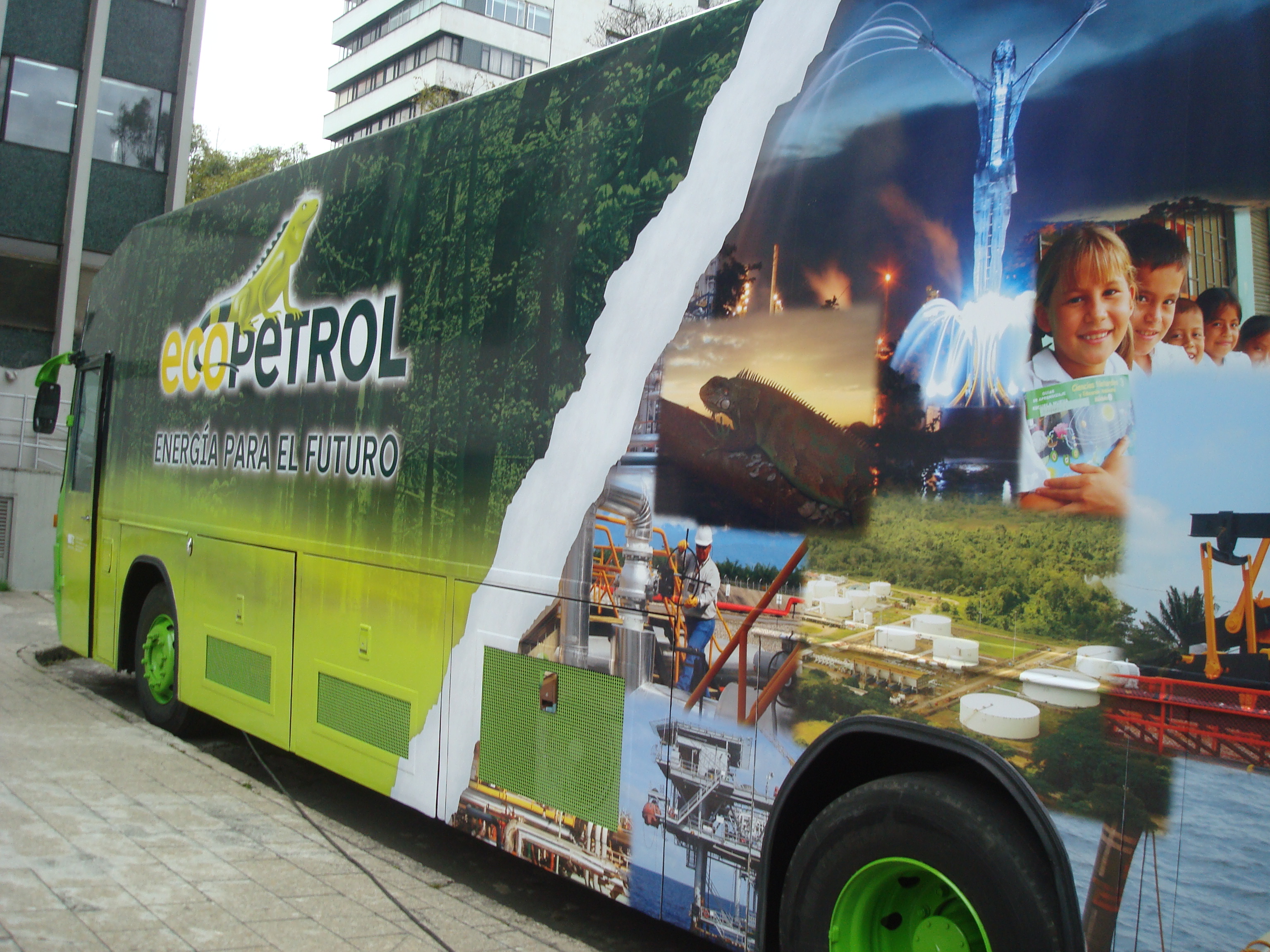 This ranking includes stocks of large companies throughout the world with the highest dividend payments as to February 2016. The minimum capitalization of the companies in the ranking is $10B.

At the moment, the prices of these companies’ stocks are on their years-long minimum levels, and today may be just the right time to buy these assets: the high dividend rates are largely ensured by the low prices. There is, however, a threat that the companies will stop lower the payments, or stops paying dividends at all. About a half of the rated companies come from the oil and gas industry that is currently exposed to the crisis, so buying their assets to get dividends may become a risky enterprise.

The charts are given in the currency of the exchange, while the capitalization and annual turnover are converted into dollars.

We have combined two energy companies that operate under one brand. Williams Partners is a division of Williams Companies, but both companies are listed on the exchange, have similar capitalization and dividends. The companies’ main activity is the development and transportation of natural gas. Initially, it was one company founded in 1908 and called Williams Brothers. Until today, both companies call themselves Williams.

In the chart we can see the quotes of Williams Companies stocks (Williams Partners quotes are only slightly different. The current oil crisis has affected the company very strongly. The stocks grew quite stably in 2009—2014, but 2015 dropped them to the level of 2009. Despite the difficulties, the company has paid dividends throughout this period.

Investing in Williams is, frankly speaking, quite risky. High dividends are probably the only reason that could make investors opt in. Williams Partners’ P/E is huge, while Williams Companies does not publish this indicator at all. Both companies’ profit is likely to slump, and they may currently balance on the verge of profitability. Williams, of course, are unlikely to go bankrupt: they still have a solid basis in the form of production plants and pipelines, Investing in them should be, though, reasoned very carefully.

Vivendi is not widely-known outside France, but the logo of its Universal Music branch is always recognizable.

Media conglomerate that works in telecom and media production creating films, TV shows, music and computer games. Vivendi owns the world leading music company Universal Music Group. Moreover, it is a majority stakeholder of the second largest French mobile operator SFR, controls Maroc Telecom and cable TV channel Canal+. It is worth mentioning that for the bigger part of its lifecycle Vivendi operated in an absolutely different sphere: it was a water supplier for Lion. In 1980s Vivendi started broadening its area of focus: it worked with real estate, machinery, transportation, but soon got interested in the media business. The combination of high P/E and high dividends that we see in this company is quite unusual, and obviously cannot last for a long time, so we expect a decrease of one of the parameters in the near future.

The prices of Vivendi shares do not change drastically: even in 2008 they decreased only by a third. Nowadays they reached a local maximum, but this may be a rather unstable result due to the high P/E.

In the previous overview of the company’s operation we noticed a strange combination of the high P/E with large dividend rate. Today Vivendi does not reveal its P/E anymore, which may indicate losses. The quotes are falling, and it could last long. The further payment of dividends is no more evident, especially if we expect such high indicators. So, Vivendi’s stocks are risky assets — even riskier than the stocks of Williams Partners.

Gree air conditioner. One of the products that contributes to the reload of the ‘Chinese means low-quality’ stereotype.

Chinese production company, world leading producer of air conditioning equipment. It also produces a wide range of other electronic goods: electric fans, air purifiers, etc. The company was founded in 1991 during the beginning of the Chinese economic wonder. Its product are now sold under brand Gree.

China is a unique country with its own development direction, and its financial development is not an exclusion. The crisis of 2008 did not affect Gree’s stocks much. In fact, it only led to the partial reduction of the price bubble that appeared in 2007. In 2009 Gree’s stock price exceeded the pre-crisis estimates and set out on a stable growth way. In 2015, the second Shanghai bubble burst up, and it affected Gree, too. Nevertheless, at the moment the company’s stock price is rather high.The company pays dividends once per year.
In comparison with Williams и Vivendi, Gree is attractive for investment. Its P/E is quite moderate, while the dividends are truly high, which means investors can get not only significant income from dividends, but also rapidly growing asset price.

A bus with an Ecopetrol ad.

The largest oil company of Columbia that is also among the our oil giants in the South America. It was founded in 1921, nationalized in 1951, and is controlled by the state until today.

The company’s stock prices have been rather volatile for the last ten years. They grew 3.5 times during 2009—2012, but then they slumped, and are currently almost 10 times cheaper then at the maximum of 2012. The company pays dividends regularly, but this year it will do it only once — unlike the four times previous year.

Ecopetrol’s attraction for investors is rather arguable: on the one hand, its stock price is low, and the dividends are really huge. On the other hand, the drastic slump of the prices indicated serious trouble within the company. P/E coefficient is not as high as the Williams Partner’s one, but still does not reach the level of Gree. It means, the quotes may fall further.

The second largest oil company in Spain and Latin America. It was established in 1986, and operates in 29 countries — mostly in Spain and Argentina. It owns 9 oil production plants and a 7,000 gas stations network in Europe and South America.

Investing in Repsol stocks is a risky affair. The company shows profit, but its P/E is rather high, so the quotes may decrease further, while the dividends are large, but by no means guaranteed.

Energy company that operates since 1995. It specializes in natural gas and propane storage and transportation. ETP is partnered with such giants as Royal Dutch Shell, Exxon, Chevron. It works within more than 40,000 km of gas pipes in the US. Just like Williams Partners, it is traded together with its counterpart Energy Transfer Equity (the latter was not included into this list due to its lower capitalization.)

Unlike other US companies, Energy Transfer has hardly overcome the crisis of 2008. in 2007–2008 its stock price halved, and returned to the previous level only in 2014. The situation repeated in 2015, but despite all troubles, the company still pays dividends, and does it very stably.

The company is rather attractive for investors: on the one hand, it pays stable and high dividends; on the other hand, its P/E coefficient is quite high, which indicated low profits and the possibility of the further price fall.

Barack Obama made of wax. Even he is only a wax doll under control of the financial giants of the Blackstone Group!

The group of investment companies founded in 1985. It is engaged in financial and strategic consultancy, works on the real estate market, it owns six investment funds and manages assets of over $88B. Blackstone Group specializes in both direct investments and in acquisitions with further restructuring and re-selling. Apart from that all, the group owns Madame Tussaud's Wax Museum.

Blackstone’s quotes were especially high in 2015, but now they are significantly lower. The company pays dividends quarterly.

In comparison with many other companies in this ranking, Blackstone can be called truly attractive for the investors. Its dividends are high and stable, P/E is moderate, the company is not connected with the risky oil & gas sector, and it is unlikely to surprise anyone with unexpected price movements.